Fear is the worst thing that can happen to anyone who hopes to create.

Fear Is A Type of Prison. 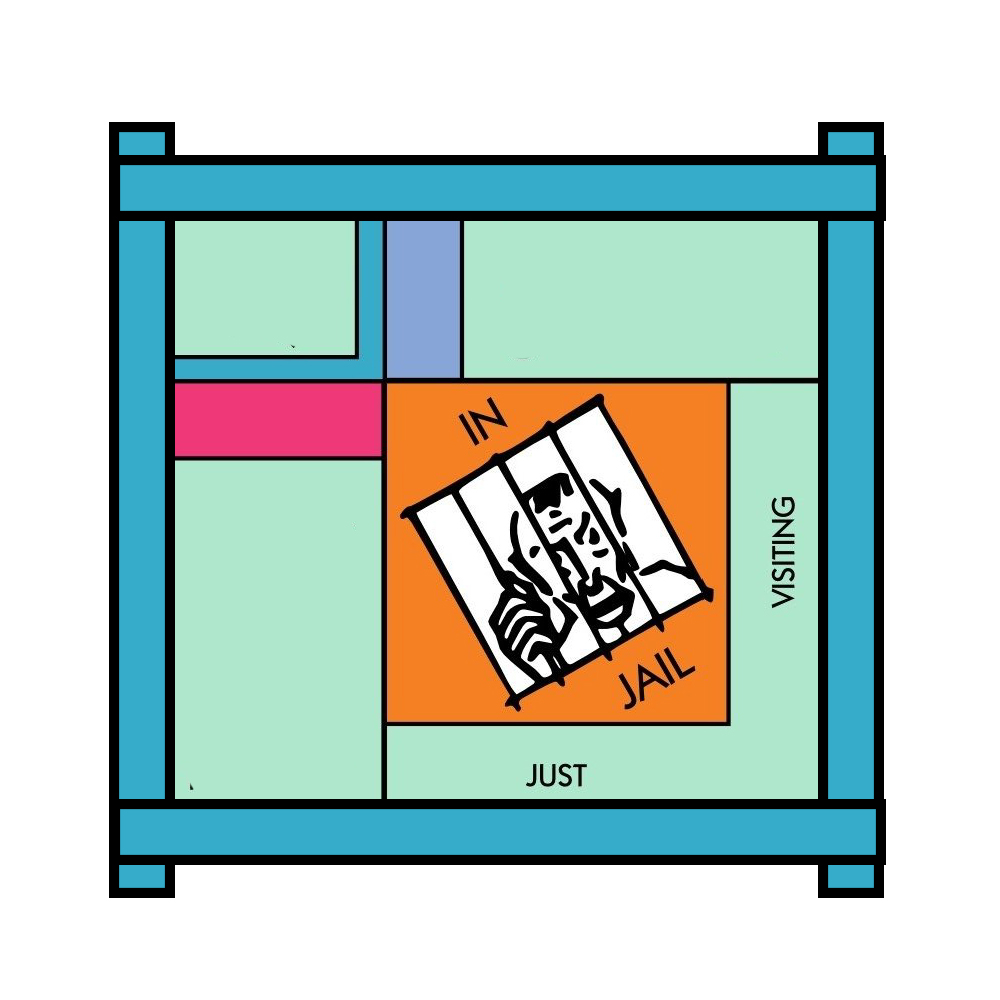 Fear prevents the painter from painting, and it forces the writer to edit himself literally to death.

Barbara de Angelis wrote an excellent treatise on Fear in her book Secrets About Life Every Woman Should Know: [image credit Amazon] 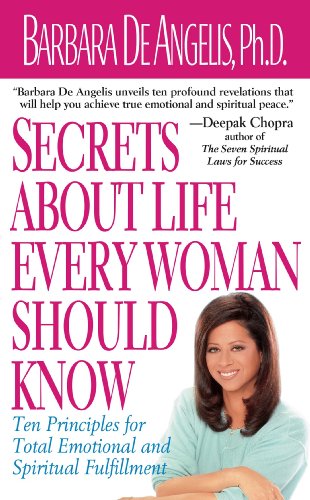 “Imagine that you had a person in your life who followed you around twenty-four hours a day, filling you with anxiety, destroying your confidence, and discouraging you from doing the things that you wanted to do. Every time you were about to make a change or take a risk, the person would say, ‘I wouldn’t do that if I were you. What if you fail? What if you get hurt? All kinds of things might happen if you go in that direction.’ Imagine that before each conversation you had with friends, family, or loved ones, the person would pull you aside and caution you. ‘If you open up, you might get rejected. Watch what you say! Don’t trust anyone! . . . ” Barbara De Angelis

Fear is like an emotional roommate that lives with you day and night.

“It’s your fear. Fear is like an emotional roommate that lives with you day and night. It talks to you, manipulates you, and tries to convince you to avoid doing or expressing anything that may cause you any kind of discomfort or involve any sort of risk. It says, ‘You can’t’ . . . and ‘You shouldn’t.,’ and it eats away at your confidence and your self-esteem. It tells you not to act, not to reach out, not to try, not to trust, not to move. It steals the life right out from under you. . . .” Barbara De Angelis

Fear is one of your most powerful inner enemies. It is a force that can sabotage your happiness.

“Fear is one of your most powerful inner enemies. It is a force that can sabotage your happiness. How does fear do that? It keeps you stuck in what’s not working. It prevents you from growing. It keeps separation between you and other people. It talks you out of your dreams. It keeps you stagnant, frozen, unable to become all you were meant to be. . . .” Barbara De Angelis

“It is fear that keeps us standing on the cliff when we know that we need to leap to the other side. But fear does more than just hold you back–it steals your aliveness, your passion, your freedom by shutting down your heart. . . .The extent to which you allow fear to control your life is the extent to which you are living as a prisoner.

I have suffered both writer’s block and painter’s block, and what De Angelis says about Fear is exactly what I experienced as a bloced creative.

I read De Angelis’s book 25 years ago, and it is undoubtedly the most inspirational of any self-help book that I have ever read.  Although the book is supposedly for women, I feel that the passages about Fear are appropriate for most artists and writers–the words are appropriate for any person who has been locked in the prison of his own Fear.. 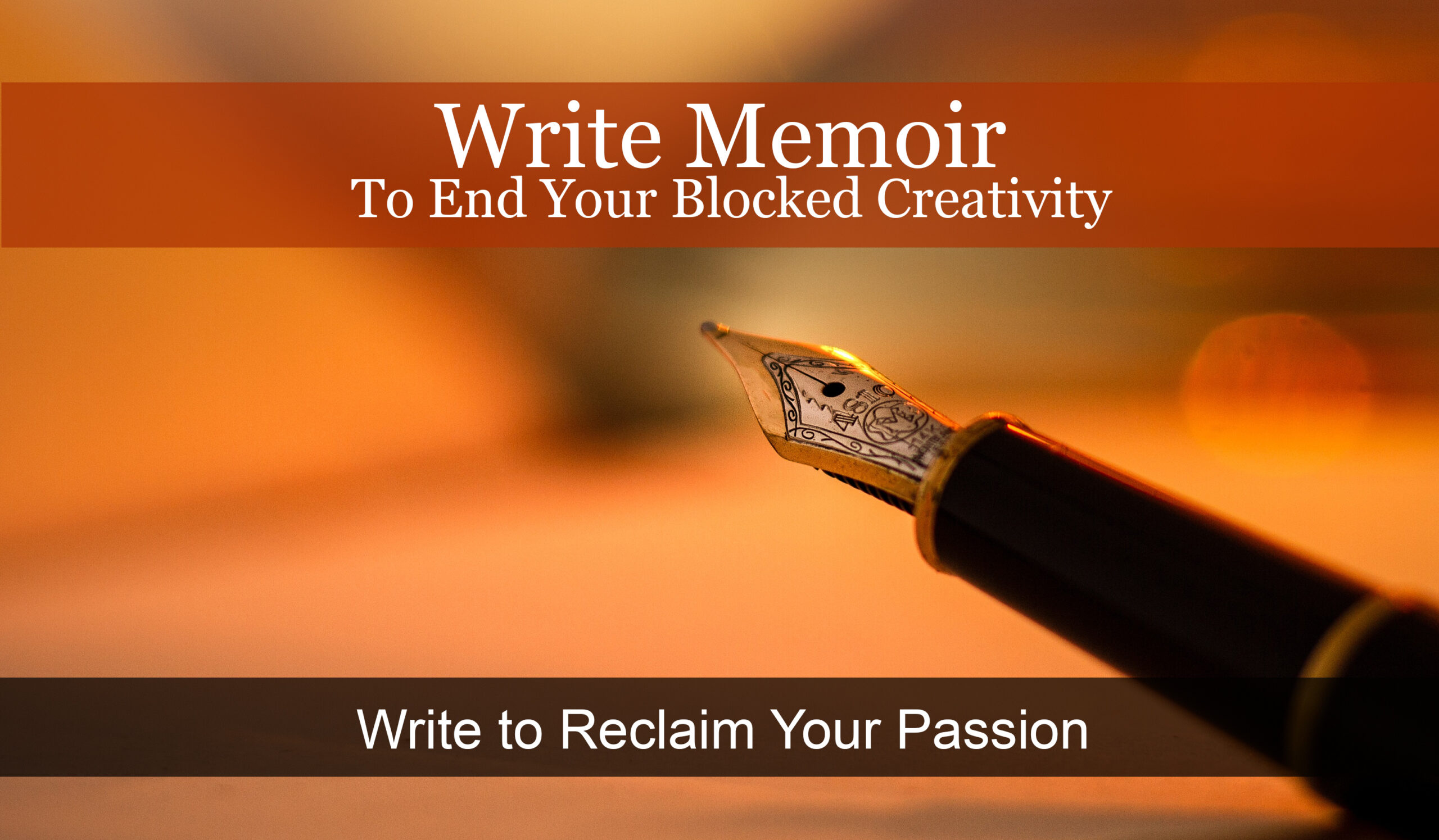 My program Harvest Your Past is a Program Whose Purpose Is to Defeat the Fear that Cripples People, and It Accomplishes that Task through the Process of Writing Daily.

Fear is one of a would-be creator’s most crippling forces,

And after Fear has Silenced A Person His Reservoir of Creativity Becomes Stagnate.

And After Stagnation Sets In the Creative Begins to Wither and to Move Toward Creative Death.

After years of being muted by my own Fear, I finally gained enough stamina to simply override my restraints and to create  in spite of my Fear. But that was a long and uphill climb, and Writing Daily was part of what helped me move beyond m own quicksand. But Fear has been a repeat offender in my life. I have never been able to conquer Fear once and for all. It is only through one of several types of Daily Writing efforts that I have maintained that I have been able to hold my Fear at bay, and I can honestly recommend that approach for anyone who is battling their own bouts of Fear..

“ Courage is being scared to death, but saddling up anyway.” John Wayne

One of the biggest mistakes that many of us make is that of allowing ourselves to believe that only the weak and the unsuccessful people deal with Fear, but that is not at all true.  Even in her greatness, Judy Garland was never comfortable with herself and with her life.  My all-time favorite movie is the Wizard of Oz.  More times than I could count, Judy Garland has carried me Over the Rainbow and back again.  Years ago, I did an entire body of art work based on the theme: “Over the Rainbow.”  For me, “Over the Rainbow “is a kind of heaven. It is a heaven that Judy Garland unlocked for me when I was a young child. In many ways, The Wizard of Oz and the song Over the Rainbow molded the course of my life.. Yet, Judy Garland never felt that she was good enough. Imagine that! Judy Garland battled her fear and yet, managed to serve as a great inspiration for me and for many other people.

From what I have read, Barbara Streisand is similarly haunted. Long ago, when she was at her peak, I heard Streisand talk about how difficult performing was for her. She said that is why she hardly ever performs now.

Loud and clear, the messages that I hear are that most of us are not the best judges of ourselves and that we never feel that we are great enough–at least not great enough to please ourselves. Yet, even in our weaknesses [this is the BIGGIE], we have MUCH to offer.

Allow your cups to be filled by two women who were often scared to death and yet who “…saddled up anyway.”

“Even in our weaknesses, we have MUCH to offer.” – Jacki Kellum

We must all realize that when we don’t share of ourselves, we fail to give other people the gifts of our creations. We also steal from our very own lives the joy that we glean from creating.

“And in the end, it’s not the years in your life that count. It is the life in your years.” – Abraham Lincoln

Eileen R. Hannegan also talks about the paralyzing effects of fear that drain our energies and damages our spirits:

“The combination of discovering what is not you but not yet knowing what is you is very much like being cast adrift in space, free-floating with no sense of attachment to anything solid. In this transitional process, it is easy to become disconcerted and frustrated. What you previously knew as your self begins to fade away, and a new set of knowns based on true self begins to emerge. As the old passes away, familiar habits and thought processes also begin to wither and die, but new ones have not yet replaced them. Because of . . . paralyzing fear, many people choose to continue living a false existence. They are generally very adept at doing this, and living a false existence works for them to some degree because they manage to stay in a neutral zone, half alive and resisting the life force of true self. a considerable amount of energy to hold back and maintain a neutral course of life. But living a false or a half-truth existence eventually takes its toll, both emotionally and physically. It takes a considerable amount of energy to hold back and maintain a neutral course of life. It goes against true self and drains the soul and spirit. We think that if we keep sacrificing self long enough, things will get better. So we invest in situations that go against true self, and as a result, we deplete the soul. Our energy is being drained to maintain this facade and keep up the pretense of well-being.”

Regardless of how great of a hold that Fear has on us, we can overcome it and we can create, in spite of it. We owe it to ourselves to limit the damage that fear imposes upon us. You may not realize it, but when you do not write or paint or dance or sing, in spite of your fear, you not only cheat yourself. You cheat the world.