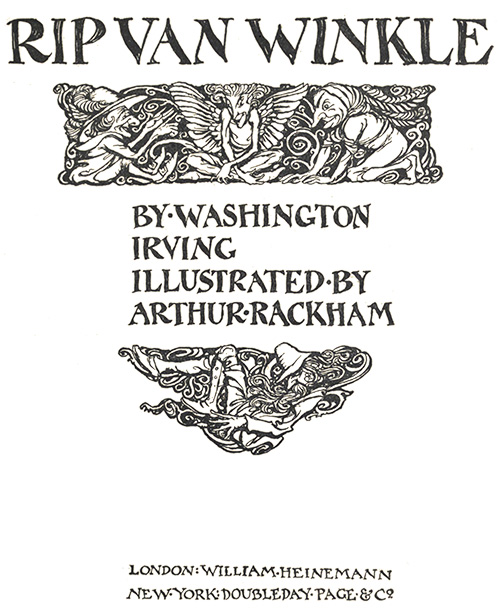 Washington Irving wrote Rip Van Winkle and The Legend of Sleepy Hollow 200 years ago, and he has left potential writers with at least two excellent stories for studying masterful storytelling and masterful development of both setting and the creation of characters. In another post, I examined Irving’s use of Setting in his story Rip Van Winkle. Today, I will also look at the characters that he crafted for that tale. 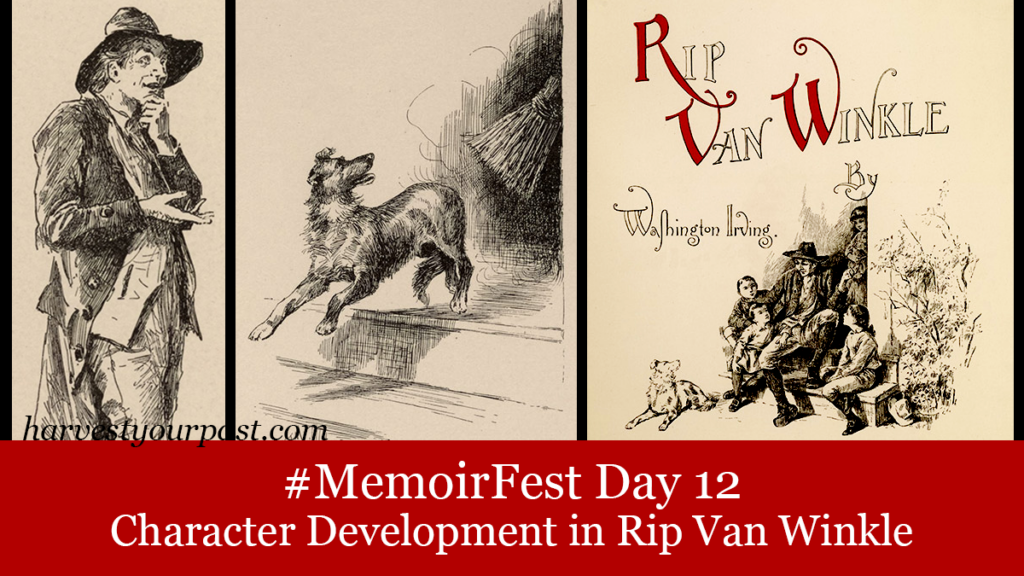 “…a simple, good-natured fellow, of the name of Rip Van Winkle.

“…I have observed that he was a simple, good-natured man; he was, moreover, a kind neighbour, and an obedient, hen-pecked husband. Indeed, to the latter circumstance might be owing that meekness of spirit which gained him such universal popularity; for those men are apt to be obsequious and conciliating abroad, who are under the discipline of shrews at home. Their tempers, doubtless, are rendered pliant and malleable in the fiery furnace of domestic tribulation; and a curtain-lecture is worth all the sermons in the world for teaching the virtues of patience and long-suffering. A termagant wife may, therefore, in some respects, be considered a tolerable blessing; and if so, Rip Van Winkle was thrice blessed.

“Certain it is that he was a great favourite among all the good wives of the village, who, as usual with the amiable sex, took his part in all family squabbles; and never failed, whenever they talked those matters over in their evening gossipings, to lay all the blame on Dame Van Winkle.

“The children of the village, too, would shout with joy whenever he approached. He assisted at their sports, made their playthings, taught them to fly kites and 5shoot marbles, and told them long stories of ghosts, witches, and Indians. Whenever he went dodging about the village, he was surrounded by a troop of them, hanging on his skirts, clambering on his back, and playing a thousand tricks on him with impunity; and not a dog would bark at him throughout the neighbourhood.

“…aversion to all kinds of profitable labour. It could not be for want of assiduity or perseverance; for he would sit on a wet rock, with a rod as long and heavy as a Tartar’s lance, and fish all day without a murmur, even though he should not be encouraged by a single nibble. He would carry a fowling-piece on his shoulder for hours together, trudging through woods and swamps, and up hill and down dale, to shoot a few squirrels or wild pigeons. He would never refuse to assist a neighbour even in the roughest toil, and was a foremost man in all country frolics for husking Indian corn, 6or building stone fences; the women of the village, too, used to employ him to run their errands, and to do such little odd jobs as their less obliging husbands would not do for them. In a word, Rip was ready to attend to anybody’s business but his own; but as to doing family duty, and keeping his farm in order, he found it impossible.

In fact, he declared it was of no use to work on his farm; it was the most pestilent little piece of ground in the whole country; everything about it went wrong, in spite of him. His fences were continually falling to pieces; his cow would either go astray, or get among the cabbages; weeds were sure to grow quicker in his fields than anywhere else; the rain always made a point of setting in just as he had some outdoor work to do; so that though his patrimonial estate had dwindled away under his management, acre by acre, until there was little more left than a mere patch of Indian corn and potatoes, yet it was the worst-conditioned farm in the neighbourhood.

…Rip Van Winkle, however, was one of those happy mortals, of foolish, well-oiled dispositions, who take the world easy, eat white bread or brown, whichever can be got with least thought or trouble, and would rather starve on a penny than work for a pound. If left to himself, he would have whistled life away in perfect contentment….

“For a long while he used to console himself, when driven from home, by frequenting a kind of perpetual club of the sages, philosophers and other idle personages of the village, which held its sessions on a bench before a small inn, designated by a rubicund portrait of His Majesty George the Third. Here they used to sit in the shade through a long, lazy summer’s day, talking listlessly over village gossip, or telling endless, sleepy stories about nothing.

“…but his wife kept continually dinning in his ears 7about his idleness, his carelessness, and the ruin he was bringing on his family. Morning, noon, and night, her tongue was incessantly going, and everything he said or did was sure to produce a torrent of household eloquence. Rip had but one way of replying to all lectures of the kind, and that, by frequent use, had grown into a habit. He shrugged his shoulders, shook his head, cast up his eyes, but said nothing.

“…a tart temper never mellows with age, and a sharp tongue is the only edged tool that grows keener with constant use.

““Oh, she too had died but a short time since; she broke a blood vessel in a fit of passion at a New-England pedler.”

“Rip’s sole domestic adherent was his dog Wolf, who was as much hen-pecked as his master; for Dame Van Winkle regarded them as companions in idleness, and even looked upon Wolf with an evil eye, as the cause of his master’s going so often astray. True it is, in all points of spirit befitting an honourable dog, he was as courageous an animal as ever scoured the woods—but what courage can withstand the evil-doing and all-besetting terrors of a woman’s tongue? The moment Wolf entered the house his chest fell, his tail drooped to the ground or curled between his legs, he sneaked about with a gallows air, casting many a sidelong glance at Dame Van Winkle, and at the least flourish of a broomstick or ladle he would fly to the door with yelping precipitation.

“Poor Rip was at last reduced almost to despair; and his only alternative, to escape from the labour of the farm and clamour of his wife, was to take gun in hand and stroll away into the woods. Here he would sometimes seat himself at the foot of a tree, and share the contents of his wallet with Wolf, with whom he sympathised as a fellow-sufferer in persecution. “Poor Wolf,” he would say, “thy mistress leads thee a dog’s life of it; but never mind, my lad, whilst I live thou shalt never want a friend to stand by thee!” Wolf would wag his tail, look wistfully in his master’s face; and, if dogs can feel pity, I verily believe he reciprocated the sentiment with all his heart.